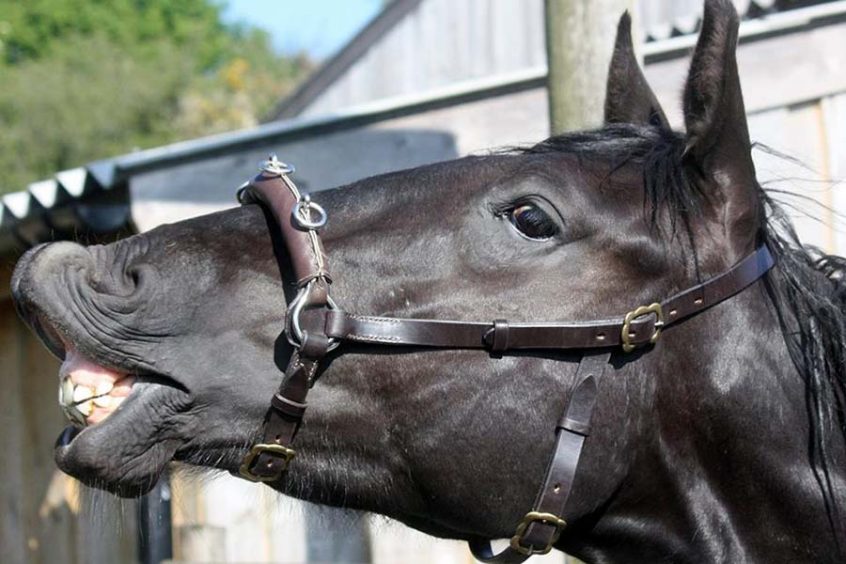 I keep reading that Winston Churchill quote about the definition of success being going from failure to failure with enthusiasm, and recently I have been scoring high on the first bit, not doing so well at the second part. In the past few weeks , I have experienced something I have never, ever felt before with regards to horses and horsemanship and it feels like this…’Do you know what, I can’t be bothered’.

My golden horse is out of action. Over two months without riding or working with him and no sign of improvement any time soon. Just as things were progressing well with our training, and we seemed to be turning the corner post the discovery of the fractured pedal bone, he got caught up in a rug and really quite hurt himself. He is currently hanging out with his herd looking a bit sorry for himself and getting a bit fat. And with that, it seems, I somewhat lost my mojo.

In the two and a half years I have had Des I have lent on that horse in a way I hadn’t fully appreciated. I didn’t expect him to provide me with happiness, or to give me a ‘break from the day’, and he was certainly not always the easiest horse to work with, (some days, when he was doing high speed revolutions about the funny bush at the top of the school, again, I could have happily throttled him) but working with him consumed me. I think it put me in what psychologists describe as ‘a state of flow’. He can be very challenging and is always demanding of my attention. I rarely hack out with anyone else as mindlessly chatting is likely to see you being unexpectedly winged off into a ditch . He requires you be present, thank you very much. If you uphold your side of the bargain, he will go as and where you ask, but he’s not up for doing without you being involved just yet. He is also highly responsive, delightful to ride and has explored vast tracts of Devon countryside with Herbie and me.

What I hadn’t realised was that Desaforo was kind of central to my horse mojo. Over the past few years, when my personal life had delivered what I think is technically known as a shit storm, it was pretty clear to me that working with horses was what enabled me to keep breathing. Oh, that and my friends and remaining family (I love you all, but you don’t have big manes and warm soft nostrils….well, most of you don’t). But I hadn’t really realised that it was that slightly up tight, often bracey as hell, jet propelled Portuguese ego maniac who was at the centre of the whole shebang. Dangerous territory putting so many eggs in one basket.

Throughout the time I have had Des he has given me space to enjoy working with Tycoon and Garbanzo without pressure or agenda, as Des has carried that burden (he doesn’t appear to mind). He is the one who needs to put a best hoof forward and meet that Frenchmen each time. I can take as long as I like dibbling about with those other two horses as it didn’t matter. Suddenly, with Des out of action I became despondent that neither of them were him. I needed one of them to step into the breach and they couldn’t. I got pretty down about it all.

So here’s what I have been doing. First of all, I persuaded myself to think differently about my other two horses and enjoy them for who they were again. I took on board the advice of an American friend who promoted to me the benefits of Garbanzo. Ok, he is a way off being my 2nd PK horse, and as she said, with a body that long (‘You could go three’s up on that sucker!’) and legs that short, he may never make that particular grade. BUT, he is sensible, infinitely trainable and as she said, would make a great all rounder the like of which you could spend years looking for. Therefore, I am working with him as he is, and appreciating him hugely for this. He is great in traffic, comfortable to sit on, and incredibly workmanlike. Oh, and a complete clown. I am ignoring the 5 extra vertebrae that he seems to be stashing.

And I stopped wishing that Tycoon was Des every time I sat on him, and have reintroduced us to jumping, which is fun, and different and a job that Tycoon understands and can do. And I have allowed myself to enjoy him in the same way that I have for the past two years, which is as my companion and confident (he is very patient…), rather than my athletic partner.

However, for several weeks, when I couldn’t force myself to change the way I thought and felt, I just did this – I got up, put my jodhpurs on and went and worked with my horses – even though I didn’t want to. I could find every excuse not to. It was too fliey, I was too tired, it was too hot, it was too windy, I had too much else to do, I didn’t want to . All these things were true, but I had to ignore them, get in the car and go to the stables. And hope, that at some stage the mist would clear and I would begin to enjoy it again.

And in the past ten days I have. Tycoon is in great spirits, Garbanzo is trying his darndest and Des still has a nice mane. Plus, I have made steps to bring someone else into the fold who I think is going to be something of an inspiration. (UH OH)

Kathleen Lindley Beckham’s moto is ‘Do the Work’. I never had a problem with that before as I loved doing the work. In recent times I have learned what it really means, and that these are the times when you really have to make loving something a verb.

N.b if anyone pulls me up on the fact that a verb is not always a doing word, well they can just leave.