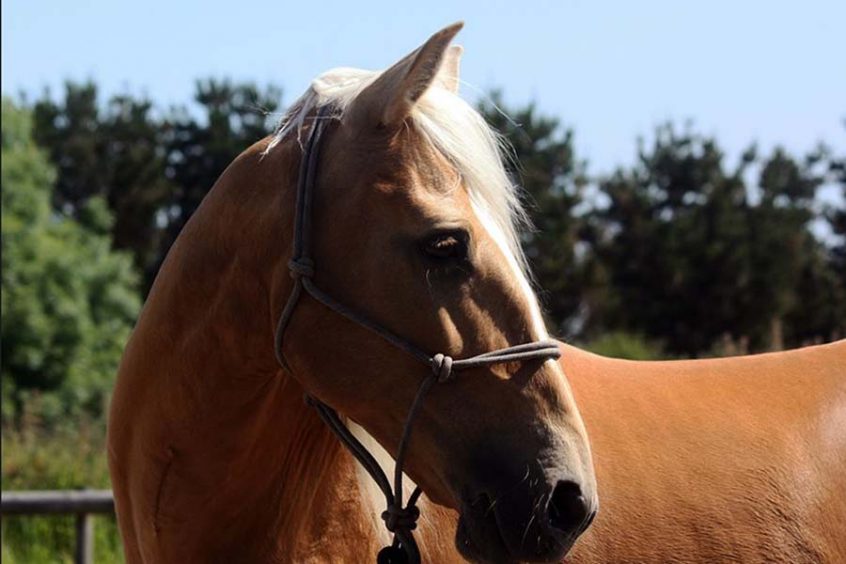 My close friends famous son was apparently known to give this response when questioned as a child as to the validity of his activities.

Parent, ‘Why are you doing that?’

Child, ‘Because I just am are’.

I have had to really face some hard facts in recent times, mostly that life pretty much ‘just am are’, however much I sometimes might desperately wish it was different. As my nearest and dearest has pointed out to me on a number of occasions, ‘You wishing things are different does not actually make them different’. That’s just before I kick him in the shins.

If I want to stay true to the things I value with my horses, I also have to accept that things are as they are regardless of how much my ego, desire to get things done, pressing timescales etc. etc. might make that inconvenient.

For instance, I returned from the last Philippe Karl course very pleased with the yellow horse, he had been entirely marvellous throughout, and had given me as much grace and understanding as he had available. Two days after his return he came in from the field with a hot leg, a sore lumbar and a bad temper. I ‘kind of’ paid attention to the fact that he was telling me he wasn’t comfortable, but it took his anxiety getting to such a level that I ended up on the road to make me really listen. But horse you CAN’T be crocked, having managed against serious odds to get us on the PK course. How could the yellow horse be broken? Because he just am are. And no amount of whining or getting cross about it is going to change that.

I am ashamed to say that on the day Des and I parted company I got angry with him, I mean, not like real horse-person angry, but I shouted and waved my whip wildly behind him to get him to go past the cows of death and was furious about the whole situation. On the whole I don’t get angry with my horses as the price is too high in terms of how we understand each other, but thankfully Des had bigger fish to fry than hanging on to me losing my temper. The much more pressing story was find a way to alleviate his discomfort.

About a week ago I finally got to the point of acceptance (I am slow on the uptake). Just because you want something from your horse, doesn’t mean he can provide it. He is not a push bike (as I so often annoyingly tell clients – ha, eat those words!). As my jumping instructor said to me – if you had a different approach you’d just be slapping a martingale on this horse and forcing him on. However, I was pretty sure my horse (like every other horse on the planet) wasn’t, ‘taking the piss’, and as I didn’t think this was learned behaviour my only other option was pain. Breathe out, accept it, go with it. Find some help.

I had a similar experience of a different nature a couple of weekends ago; on the ramp at the end of a clinic. A lovely lady had brought her equally lovely horse along, who at the end of a long day decided he didn’t want to load. I don’t usually offer to help as it’s not really my business, but it was a tough job so I offered to step in. In my heart was this: ‘Horse, get in the trailer. It’s been a very long day, a lot of us are very tired, get on with it’. I had gone hard inside and presented a pressurised approach to getting this horse to load.
‘Why won’t you load?’ I screamed mentally.
‘Because I just am are’ the horse replied.

I went away, had a Hob nob, and committed to meeting the horse where he was and giving him all the time and experimentation he needed. 10 minutes later he loaded. Now, there is still plenty of work to do on the loading, but I KNOW the only reason that horse went in was because I went from being slightly tired and narked, to being curious and open to what might happen. I stopped wishing that he would load and accepted that we needed to work with what we had. It’s amazing what a Hob nob can do.

The quicker I can get to accepting the horse as he is today (you can’t even waste time wishing he was like he was yesterday), the quicker I can find the thing the horse needs from me. This can be quite a mental challenge, especially when you consider it in the context of life beyond horses (uh oh…). It doesn’t mean you should put up with everyone else’s ‘I just am are’, but rather than butting up against it and wishing it wasn’t so, you can approach the situation more neutrally – dealing with it as it actually as.

As a result of Des’s accident (looks like he did the splits in the field) there have been some unexpected positives. I have met a brilliant body worker; I have discovered he needed a new saddle; I have had time to re-read some stuff, and I have made a committed start with the young black horse. I still don’t know whether he will come with me to PK in December, and if he does we have completed exactly 0% of our homework. But it just am are.

Now, I just need to learn to apply this philosophy to discussing my mobile phone contract with someone from far away via an on-line only help desk.