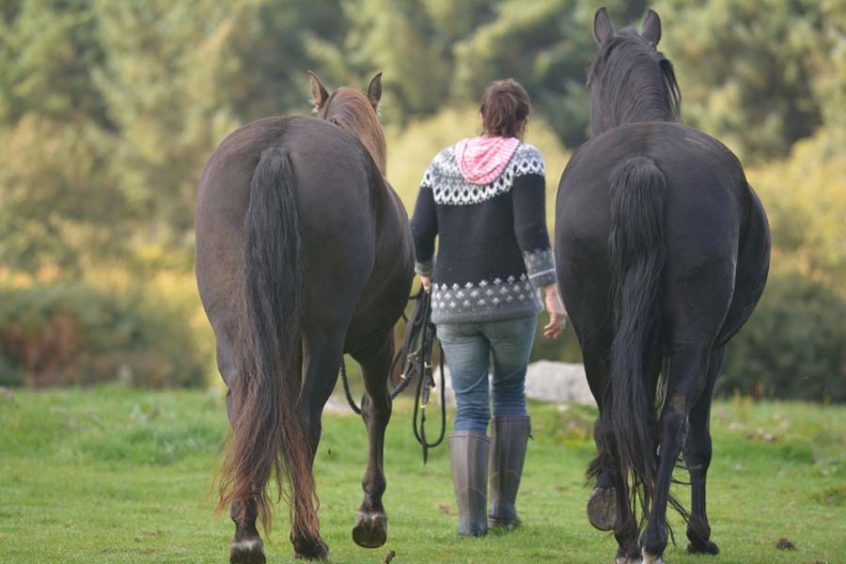 When delivering training about mental health, I ask participants to consider what it is to be ‘mentally healthy’ compared to being ‘mentally unhealthy’ . What is a base line of ‘normal’ for any individual? For some people, being very quiet is their ‘normal’, and that’s fine. Whereas for someone else – who is usually very gregarious and outspoken – suddenly becoming withdrawn might be an indicator that they’re struggling. We also talk about the impact of certain traits on your life. Being someone who worries about things might actually help you to get stuff done. But if you worry so much that you can’t leave the house, then it’s probably something you need some support with.

Emotions are a really healthy part of being a human. They help to keep us safe and make sense of the world. Even very extreme emotions can be totally normal in context. Feeling very sad, hopeless, unmotivated and alone are all normal elements of grieving, for instance. Experiencing physical and mental anxiety before doing something like a presentation or taking part in a sporting event is healthy and necessary . It’s not a mental health problem to feel these things; it’s a normal and totally healthy part of being alive.

So, how does this relate to our horses? Well, to assess what might be ‘normal’ for a horse we have to understand what kind of animal a horse is. And then we need to understand a bit about the breed or type of horse we have. And then we need to know what the baseline for our individual horse is, underneath the overlay of what humans have put in there (that can be the tricky bit).

Let’s start with what kind of animal a horse is. Most of us know they are prey animals. This means they feel safety in numbers, and there will be certain triggers for their flight mechanisms. They would like to move to a distance where they can easily assess a possible threat and will look for signals from key members of their herd as to how they should respond. However, we also know that prey animals really want to conserve energy. They can’t afford to live in a heightened state of anxiety all the time, as they need to spend the vast majority of the day grazing with their heads down. So, being anxious all the time about everything is not useful for horses , they need to prioritise.

Clearly you have to recognise what ‘kind’ of horse you have, but at the same time not stereotype based on this. How many of us have seen someone/been someone who has come unstuck buying a cob, believing it will incredibly laid back because ‘it’s a cob’, only to discover they have a power house of a steam train under saddle? But you can make some best guesses based on the breed of horse you have. I know Iberians have ‘Show off’ built into their DNA, for instance.
And then you need time to recognise how your horse behaves when they are healthy and content. And you also need to try to unpick what is learned behaviour from their time with humans. Is your horse quiet because he is that kind of guy? Is he quiet because he is in pain? Is he quiet because people have shut him down through their interactions with him?

Let me use Des as an example. The first thing I know about him is that he is a horse, so I can make some assumptions about him based on that – I am aware we must be careful with assumptions, but I can at least assume that he doesn’t have his own bank account (I need to remind him of that) and that he is unlikely to be ‘planning’ his next move. I can also understand a bit about his behaviour based on his history. He grew up in Portugal and as a stallion he spent several of his formative years living 23 hrs a day in a stable, where there was no mud and little potential for accidents (as a note, he hates being in the stable now). He had handling and training which taught him a variety of different things about people and riding. He travelled 6 days across the continent to get here. He was gelded relatively late (aged 5). Therefore, the Sherlocks amongst you can probably deduce some things about him based on that information alone…

But, the thing which clearly teaches me the most is spending time with him, developing a relationship with him and getting a baseline of who he is on a day to day basis. I know that he is a curious, cocky, energetic, sometimes pushy, sometimes bracy individual (a mix of nature and nurture). I know that when he tries to bite me he is usually expressing his frustration or his anxiety, or his annoyance at my poor timing. I also now know that when he is very quiet and needy that he really isn’t feeling well and I need to get my vet in for his weekly visit (Ha ha ha, not a joke…). Des is not a brave soldier.

So then, to Remy. I have now had Remy for 6 months and in that time it has been something of a detective story. Remy is pretty much the most anxious horse I have ever owned, and her behaviour when she arrived here was not something I, or the other horses in the herd, had really experienced before. Her anxiety was turned up to 11 ALL the time. Her previous owner had warned me she would take time to settle, but the level of frantic panic was not something I expected to go on and on the way it did. In the 2 months I have been working with my young (almost unhandled) PRE filly, we have outstripped the progress with Remy in almost every way. In fact, I have been using the youngster to help Remy out.

I have worked through a number of possibilities. She had teeth issues so I dealt with them , a high worm burden (even though I knew she had been wormed) and responded positively to gastric ulcer treatments. But I knew this was a well cared for horse, so I also worked very, very hard to try to find a way through her anxiety via my interactions with her, as those of you have read my blogs will know. So why was she still running me over in blind panic in situations she experienced every day (like walking down the lane to the field)? She still wouldn’t stay in the barn to eat with the other horses, and after 6 months this seemed unusual. And I began to notice a pattern. She was much, much better to lead at night. She was quiet and calm in the dark indoor school. Her anxiety was at its greatest in places with changes of light or in narrow spaces. Oh, and she almost walked into the wall every time she came out of the stable.

Vet visit # 305 = She can’t really see. She has cataracts in both eyes and a lot of floaters in her left. With the way the cataracts are placed, she is likely to find seeing things behind her very hard and is going to be easily affected by changes of light. I asked my vet if I should ride her and he said it depended how much I valued my life.

What made me keep pushing for further investigations with this horse? Well, I don’t think horses (or humans) are designed to be on red alert all the time. And her kind, gentle, sensitive demeanour didn’t tally with the horse who would almost flatten me coming from the dark barn into the daylight every day. It would have been easy to label her as a ‘spooky’ horse and try to train it out of her (in fact, I have tried that!), but having 4 other young, sharp, athletic horses who were not finding life so very difficult made me think, there is something else here…

Horses need to be cautious. They ‘need’ to be spooky. They need to look at stuff, and check things out and look to their herd (are you a key member?) to help them make a decision about whether something is safe or not. But, I don’t believe it is ‘normal’ for horses to be anxious for the majority of their lives. To function well as a horse, they should mostly be o.k. and save their ‘Run Awaaaaaayyyyyyyy’ energy for the things which really matter. They should be able to find solace with other horses. They should be able to eat and maintain their weight. If their behaviour changes dramatically and they become difficult to handle and they are finding it hard to chill the **** out doing their normal day to day stuff, then you need to stop and ask some questions.
​
Unfortunately, this may mean for us, yet again, that our own plans are put on hold. Your horses’ behaviour is all he has as a means of communicating with you ‘Not Normal’, so you’d better listen up. Gutting, I know.