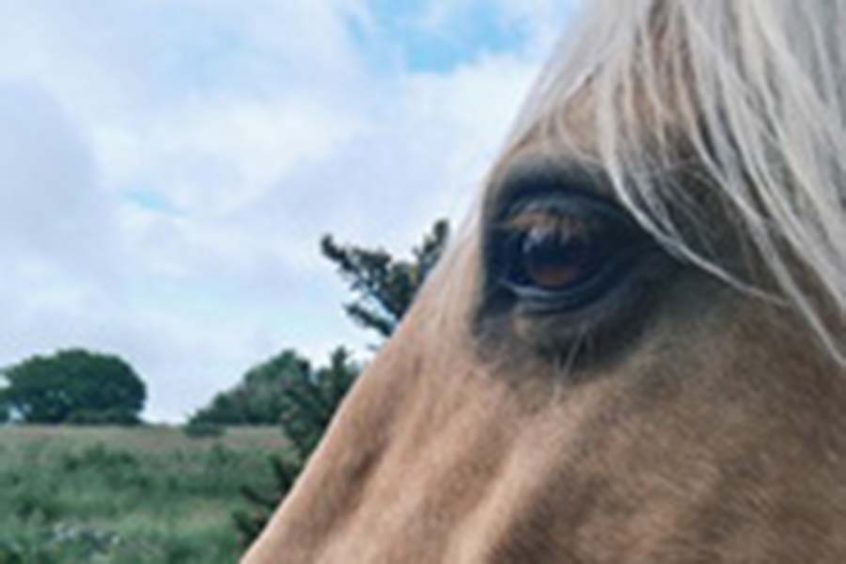 This week has not been a brilliant one for the human race.  A lot of people have done a lot of horrible things to each other, yet again. The awful massacre in Orlando, the ongoing slaughter of people in Syria, the seemingly never ending plight of victims of  money and politics (translated into war) across the globe.  The media shared what it chose to share with whatever slant it chose to take.

I think the killing of Jo Cox has shocked us all – someone who wanted to do the right thing by others, who (other than in the eyes of right wing extremists) ‘did no harm’ and actually, through her work with Oxfam and in her role as a Labour MP campaigning for the welfare of refugee families and children, tried very hard to do some good.  The man who felt the need to do this must have been very unwell and confused indeed. The same has to be said of the shooter all of those LGBT victims in the states.

Sometimes I find it hard to know why doing anything with horses might be important. My working week is split into two, for half the week I am involved in trying to improve mental health services for children and young people. The other half is working with people and horses. I quite often stand back and wonder which has more value, and whether the horse work is in fact a selfish indulgence.

But, then I think about what it means to be a human and what commitment we have to finding beauty and joy wherever we can bloody well get it. Without that desire to create, to imagine, to do the things that pull at our heart there would be no art, no literature, no music, and what kind of world would that be? I remember once a wise man saying to me that the greatest service you could pay the world is to do what you love as hard as you can and that will permeate to those around you.

In the light of what has happened to Jo Cox and her family I feel a heightened need to do 2 things wherever I can – Act with Kindness and Live Joyfully.  For me, living joyfully does involve horses – and I am fortunate enough to be able to make choices in my life which mean that can happen. However, I had noticed something that over time the joy was diminishing and I began to wonder why…

I am not a competitive rider so I am fortunate enough not to have the pressures that places on people and horses. However, I am on a very intense training course which (in my mind) has a lot riding on it (sic).  Over the past two years that I have been on this course, I have put all of my available resources and energy into it (which alongside some fairly major personal tragedies has not always been that easy). In doing this I have made myself very poor, very tired and sometimes, very miserable. I bought a new horse who pretty much did for me with her behaviour until we discovered she really couldn’t see. The horse of my heartfires upped and died this spring. And the ongoing battle to keep Des sound (who is determined to find whatever possible ailment, injury or pathology a horse can have) has not been a walk in the park.  The past few months have been the closest I have come to jacking in the course and even giving up horses altogether.

I had to stop and look at what was in front of me and re-focus on why I have wanted horses in my life for as long as I can remember. And really, for me, it is about things like freedom, beauty and connection – not about perfection and achievement. Those aren’t my primary motivators, and I have taken a big sigh and admitted it.  I know I need to work on those things I’m not so great at (accuracy, accuracy, accuracy) but I also need to keep in the forefront of my mind the stuff I love too.

On Saturday I tacked Des up early in the morning and we went galloping on the moor and practised moving some sheep about.  His mane was dirty and half rubbed out,  I almost fell off at least twice when he threw in some Des-special super spooks, but it was a totally and utterly joyful blast. This week we will come back into the school and work on circles which are actually circles, but it’s not the be all and end all.  If all we end up doing together is galloping across the moor then that’s not such a bad place to find oneself.

If we can’t make sense of what is going on in the world, then we can at least do what we can where we can – whether that is being kind to the person sitting next to you on the bus who looks a bit lost, or allowing yourself to wholeheartedly do the things you love (for some excellent research on how to live a wholehearted life, check out Brene Brown’s TED talk https://www.ted.com/talks/brene_brown_on_vulnerability?language=en ).
​
Living life in kindness and joy might not be a perfect approach to life, but it’s probably not a terrible one either. And for me, that involves 4 legged, long-maned, money gobbling heartbreakers and I’m proud to say that is the truth.
​
I heard Jo Cox’s sisters moving testimony this week in which she said, ‘She was a human being and she was perfect’.   And with that I don’t think she meant she was perfect.