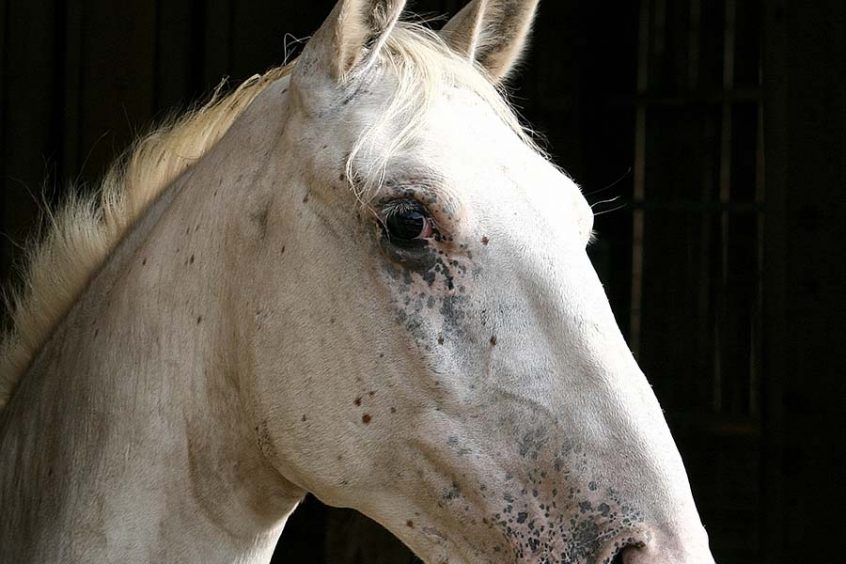 I have think again recently about the nature and truth of life and death when it comes to horses. And humans. I think many of us through recent times have had to consider death in a way that we try our very best not to. Some people have had to face it head on.When I was at school I learned about owl pellets (a good day), algebra (mostly bad days), Wuthering Heights (I thought this was a bad day, but ultimately it turned out to be a good day) and some stuff about sex, which made me not too sure at all.

When I first had riding lessons I learned about galloping about, grooming and which stable you had to go past at speed to miss lunging teeth. When I finally had a horse all of my own, I learned about responsibility. That included hard work, early mornings, blissful hacks, empty bank accounts, huge love and grooming kits which belonged to me. I did not, in any of these situations, get taught anything useful about death. No one spoke of it, I was given no skills to deal with it, I had idea of where to turn to get advice or support. Then, in my 30’s, my family started dying in rapid succession and I became something of a self taught expert. I had to start learning, and fast. I wish, of course, that I hadn’t had to take that particular curriculum, but lessons have been learned. I just wish someone had spoken to me about this stuff before, during and after. It tends to be a lonely classroom.

And then, when it came to making a choice for a horse, well whoa, that brings up a whole other range of emotions and unspoken conversations. As a result of our particular cultural approach to death no one speaks to you about this until you need to make this huge, seemingly impossible decision. Why aren’t we prepared for this stuff? Why, as horse owners, haven’t we been as skilled up on this as we have about hoof care, or feed, or posture? It can be bigger and more complex than all of these things and yet there is a void of discussion around it. We talk about rainbow bridge and that’s kind of it.

The first time I ever had to make this decision, it was about Gou, the horse photographed here by my friend; actually one of the people I trust when it comes to conversations about death. No one had ever given me any advice about how you make these decisions. When my vet first spoke to me about Gou and where things were heading, I thought I would be sick, my head became a complete void. How could I play God with this creature? But then, how could I not? I was his responsible guardian after all. At the time another friend who makes me feel good on the inside said, ‘Horses don’t fear going home in the way we do’ and although I could barely comprehend what she was saying many years later it has stayed with me. I still cancelled the date several times. I still wasn’t brave enough to actually stay with him, Tom and his equine friend did that on my behalf.
How can we start to equip new horse owners for this? For me, the platitude of rainbow bridge doesn’t cut the mustard. Horses know about life and they also know about death. They are utterly real about it, in a way that we find it hard to comprehend. I wish we could start to find a way to talk about this so that when someone is presented with it and searches through their, ‘Things I know about’ mind palace, they don’t draw a blank. We owe it to each other as well as to our horses.