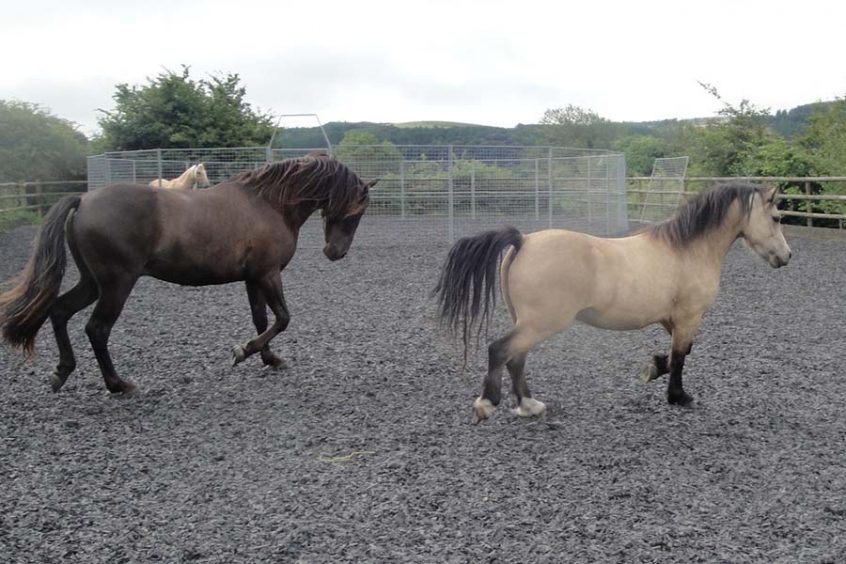 …Is because they eat Salami. This is one of my favourite overheard comments from last weeks clinic. It may be a little harsh, but I think we all know there is probably some truth in it. Recently I have been feeling slightly guilty at the sheer luxury of the golden horse – balanced, athletic, full of natural impulsion, and really incredibly willing and trainable. But I have  given myself something of a talking to, and decided, ‘F*** it.  Riding is my thing – it takes up all my time and money (and quite a lot of money I don’t have), why is it such a guilty pleasure to have a good horse?

There seems to be a real desire in very many of us, myself included, to successfully turn around a ‘project horse’. There is nothing more satisfying than making a positive difference to a horse with physical and mental problems. However, expecting this horse to perform at the highest levels may be a step too far (maybe not, but on the whole I think it is rare for real project horses to become masters of the high school or eventing field). A project horse is likely to have to always be ‘managed’ and that is fine I have no problem with that, but it’s not really what I want to spend all of my time doing.

There is that cartoon kicking around on facebook about education being a little like asking a frog, a sheep, a fish and a squirrel to climb a tree and then judging their success on that one challenge. I think we can be guilty of expecting the same from our horses. You don’t expect all horses to be able to pull a draft wagon,  but we do seem to have a tendency to expect all horses to be excellent in most other disciplines, regardless of their temperament or conformation. This can lead to a great deal of disappointment for riders and a whole lot of stress and demands that can’t be met for horses.

I heard PK make a comment which stuck with me last week. If you want to get your horse to a level of brilliance in the arena, then you need to choose one which is happy to say ‘yes’  in every aspect of  its ridden career, and actually there are not many horses like this. There are many, many horses who will say yes pretty much up to a point (I have a little chocolate coloured one of these) but who are still holding back something. They may well be a horse of great brilliance, but unlocking their potential is so challenging that you have to ask if it is fair to demand it of them.  Or – in my case as far as Tycoon is concerned – whether I have the requisite skill to draw it from him without a fight. And if there is a fight for willingness, then there will be no willingness, so, quid pro quo, or whatever….

Then there are stoic, wonderful beasts who will absolutely try their best, but whose physical capability mean that you are always going to be stretching them beyond what their body can really offer. And I guess we see these huge, placid warmbloods forced past a point where most other horses would have combusted, breaking down physically from the huge strain placed upon them.

I love Tycoon as many of you know. I love him dearly in fact, far more than I should do according to certain people I am sure. However, he is not easy. He is currently acting like a small unexploded sausage of energy and checking out every single thing that is going on between him and I. As it goes I am having a great deal of fun riding him, I am learning lots and when things go well, then he really is an incredible little power house of a horse to ride. However, I don’t think, just yet, I can ‘rely’ on any kind of performance from him. I have not yet sufficiently persuaded him that everything I ask of him is ok and he is still in something of a mindset of that if I leave any kind of gap  he is likely to fill it with some kind of whizz bang that I wasn’t expecting. So, Tycoon is a project, not because he is not physically capable, but because somewhere along the line, between previous owners and myself, Tycoon learned that there is quite a lot of negotiation that can go on between a person and a horse, and at the moment I have not completely dissuaded him of that notion.

So – then there is the golden horse (currently a cow poo stained yellow). Now he is not perfect, he is quite weak, he has some conformation and training issues which are harder than I thought they would be to address, but he has this on his side – and attitude of ‘Ok, I’ll give it a go….’. That combined with some pretty nice physical traits means that things are so much easier and I think that training him really is a whole lot simpler. I asked Pedro once what he would do if he had a really spooky horse, he raised an eyebrow and said ‘ I wouldn’t have him in my stable’.

Now, I am not advocating that everyone ride a Lusitano (come on though, it’s not a bad idea), but I do think that giving your horse every chance of achieving the dreams you have for him (after all, they are your dreams, not his), has to be the fairest thing for you  both. If you love hacking, but have a horse who spins and bolts in traffic, then although you may both overcome this in time, you have to check whether this is really the job you want. Some people love sorting out problems like that, if you don’t, then try and make sure you set yourself up well in the first place.

The rather rambling point that I am trying to make is that sometimes our own aspirations to bring a project horse to a really high standard may not actually be all that fair on the horse, and may have more to do with our own needs.