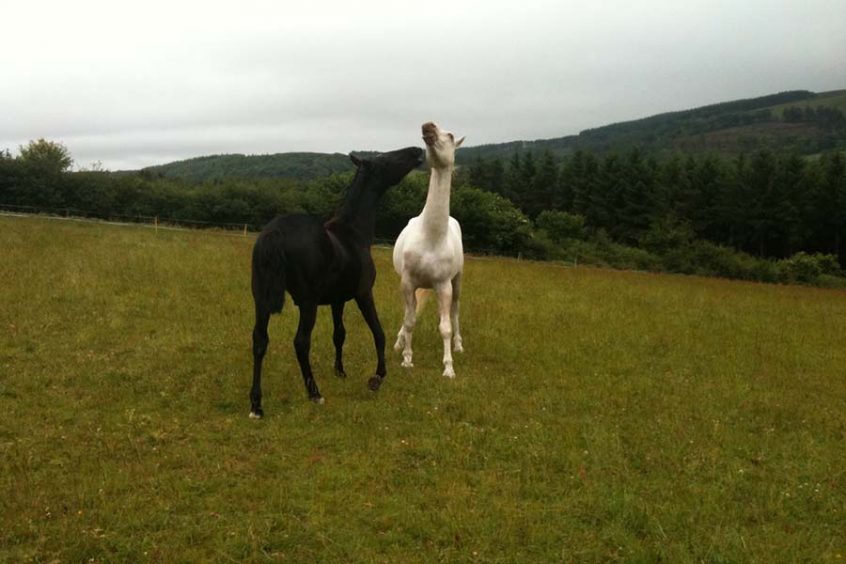 Throughout my life words have been pretty important (punctuation less so…). I studied American literature (if anyone asks any snide questions about what that actually is, I will not be amused) and I then worked for charities and the local authority. During these years I learned to spin some pretty webs with words in an attempt to tempt in funders or sweeten a budget cut. You might spend considerable time wondering whether to describe something as ‘person-centred’ or ‘child focused’. Are we ‘re-focusing our efforts on new areas of priority’ or ‘maximising available resources’?

Words can be used so powerfully that we forget to use our other senses to assess a situation. Let’s look at some of the words which are used in the horse business, and how accurately the correlate to the horses (or even our) actual experience.

I have recently seen a video of a well known and heavily branded horsemanship guru teaching a horse how to participate in a ‘game’. Now, the use of the word ‘game’ is a clever one. It makes us, as the human, believe that we are ‘playing ‘ with our horse, and that he in turn is playing with us and therefore enjoying himself. To me, ‘games’ involve willing participants and an element of fun and enjoyment. That is why when my friend Helen suggests we play a board game I decline, as there is nothing I enjoy less than Helen trumping me at Boggle once again and then dancing on my grave. It is neither fun nor enjoyable.

Anyway, the ‘game’ I saw being taught was called the circle game I believe, and to my mind there wasn’t masses of fun involved for the horse. It appeared to involve a human scaring a horse until it whipped around him at high speed while he stood like a dictator in a cowboy hat in the middle (not looking at the horse or interacting with the horse in any way). Now, why you would want to teach your horse to run round you like a robot, I am not sure, but I may well have missed the point. What got my goat was the use of the word ‘game’. I am not prepared to say whether that way of working with horses is good, bad or indifferent, but when I watched the video I didn’t see a horse participating in anything that playful.

When my horses ‘play’ I don’t want to be involved. The games my three boys enjoy involve hurtling about the field, rearing up at each other, biting each other’s knees, bucking and farting. They don’t invite me to get involved in their games and I am fine watching, thanks. To suggest that I can provide ‘games’ for them is a little arrogant really. I may be able to find things which are interesting to them, which provoke their curiosity and which are ‘playful’, but I think I would be hard pressed to provide them with genuine unadulterated horse fun.

Personally, that style of horsemanship doesn’t really float my boat, but what really annoys me is the level of trickery that is woven with words. Just say it how it is. Say the dreaded word which no one will even speak when it is in relation to them – dominance. We are all too happy to call horses ‘dominant’ ,(how many dominant mares can there actually be?!?) but we rarely attribute that quality to ourselves. What I saw that chap doing was using dominance and a level of fear to get the horse to do what he wanted. I know plenty of people will wade in and say at least the horse was clear, and horses need leadership etc. I have my own feelings about that. But if he described what was actually going on, rather than calling it a game or suggesting that this is ‘play’ for a horse , I wonder whether it would sell so well?

I know there are people that will say if the intention in the person is that this is a ‘game’, then that changes how the horse feels about it, and I do agree that this can make a huge difference. But I think the intention here is more about selling a concept to people. I should know, I have written enough strategic documents to know how powerful words can be. I think our horses might do a lot better if we tried to speak as clearly as they do, and learned to live with how the actual truth of the matter makes us feel.