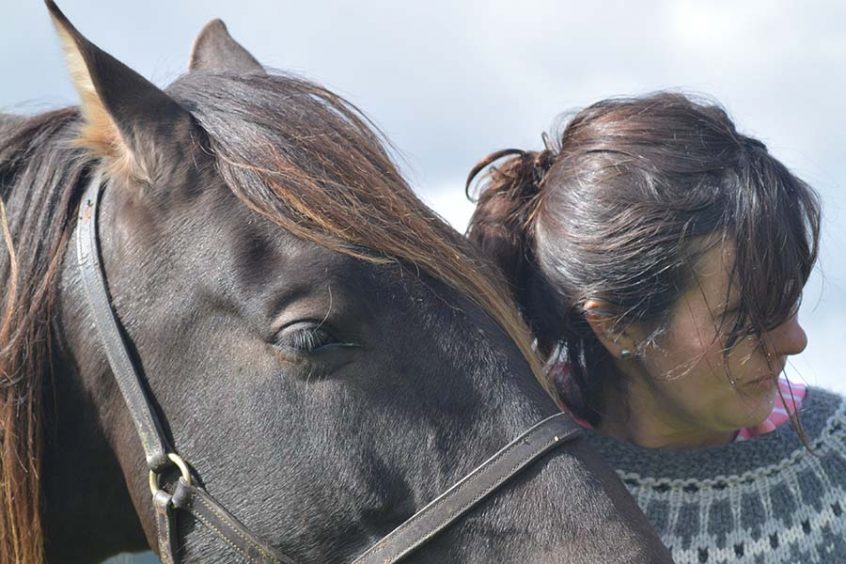 I recently read a couple of books which have highlighted to me one of the things most difficult for us humans to face – and that is uncertainty. Our lives revolve around trying to pin down a ‘certain’ future – mortgages, pensions, jobs; they are all about making certain what will happen next; whether that be next week, next year, or in the next ten years. Living with the knowledge that NOTHING is certain is something we find incredibly hard, in fact, most of us try our absolute best not even to consider it. And yet embracing it can be the thing which gives you the most freedom.

My Dad had cancer, it came back; he got treatment. It came back again, he got treatment again. It came back again….and then he died falling off a ladder dusting cobwebs from the ceiling. If you were Alanis Morrisette you would call that ironic. If you were someone who knew what ’irony’ actually means, you would call it bloody unlucky. I find it very hard to find any positive lessons from the deaths of people I love, but I do know it has taught me these two things – you NEVER know what is around the corner, so, you might as well just get on with doing what you love doing.

Here is another example. I have two riding horses. One I bought because I thought he was safe, and he looked like a healthy specimen. The other I bought knowing that he definitely wasn’t safe, but I was trying to prove a point. I also looked at his back and winced. However, the small, brown, ‘safety’ purchase has been a complete liability on all fronts. Enormously loved as he is, he cannot be relied upon to stay healthy for more than 5 minutes (he had to be pulled out of a demonstration this weekend because his head swelled up…) and he can have a very high level of anxiety, which can make him unsafe. The other one, Des, who was only left unsold because he kept rearing and spinning on hacks, has proved to be my, ‘Go anywhere, do anything’ horse, and who on the whole is robustly healthy. You just never know…

a) We’re so convinced it will happen that we will make sure that it does, or:
b) Something else happens which we didn’t even conceive of. So what was the point wasting all of that time worrying about the other thing?

The beauty of embracing uncertainty is that it frees you up to be so much more present, which really works well as far as horses are concerned. They take things much more moment by moment. I am sure they have some sense of the future, for instance, when I arrive in my car my horses come to the gate as they know that the next thing will be me appearing and taking them in for some hay. But, they are not ‘thinking about’ my arrival until they hear my car engine. I mean, maybe they are, who knows, but I suspect not.

The great thing about my Dad finding out that he had cancer was it completely liberated him. He decided to grab life with both hands, and in those years after his diagnosis, he was, weirdly, the happiest he had ever been. The knowledge that you are going to die (hang on, aren’t we all…) kind of focuses the mind. What have you got to lose? The fear becomes about NOT doing…

Now, I am not saying that you should go and jump on your young horse and ride down the side of the M5. Lack of fear is not also a lack of sensible caution, knowledge, commitment and time. But, it does mean that you can address things AS they happen, rather than being so paralysed by what might (or might not) happen, that you do nothing useful.

You should of course try your best to stack things in your favour. Try to buy a horse that suits you (although as my horses’ evidence, this is easier said than done…). Get yourself a good support network. Set situations up for success – if your horse is worried about traffic, then break it down into manageable steps rather than heading straight out onto the A30. Get someone who is knowledgeable to help you, work in a way which helps the horse to succeed. But rather than worrying about what might happen, practice enjoying working with WHAT IS happening (I know crazy isn’t it?!) .

That doesn’t mean you will always get it right (far, far from it…). But, if you are working with a, ‘I wonder how I can manage this single next step?’ mindset, rather than,’ I am worried about what happens when we get to that spooky corner in 200 yds time’, then there is a chance that you might actually deal with the situation practically in front of you, rather than the one in your head. And that might turn out not to be all that bad. Or, it might turn out to be pretty bad. It’s kind of much of a muchness. That is the liberating bit of it…

I think it was the Stoics who said that if you imagine THE worst thing that could happen, and realise that you would find a way to cope with even that, then you are much more able to live in the present. So, if you imagine that the worst thing that could happen is that you and your entire village will be struck by a meteorite while you’re out hacking, and that aliens will take your remaining horses and families members off to experiment with them on Mars (that would be Martians I guess), then everything else is just about manageable.

I am guessing Manolo Mendez didn’t expect this horse to lose the plot like this, but he just worked with what he had and it turned out to be lovely material for a video.