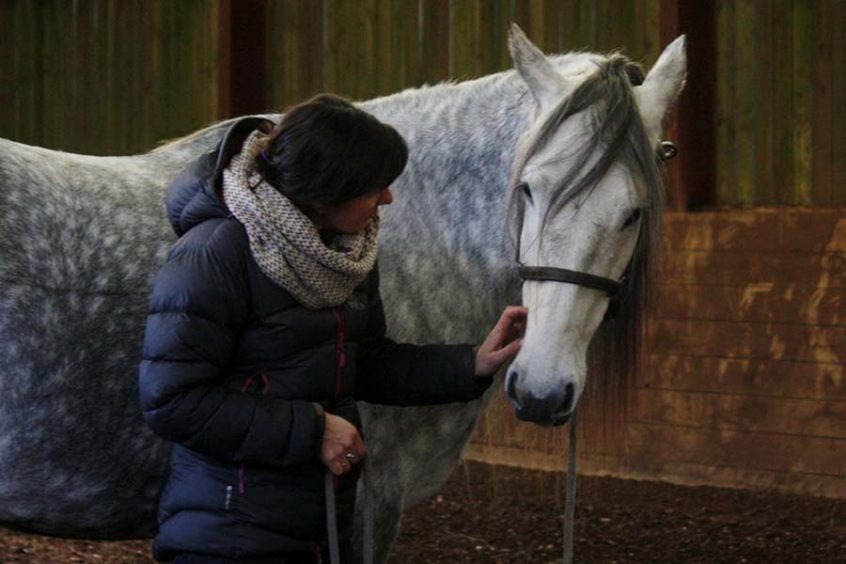 One of the biggest challenges I have when trying to assess horses is that often their behaviour around humans has been shaped to be so negative, that trying to work out what is actually going on for them is really hard.

They have been inadvertently trained to say ‘No’ to everything, either with defensive or aggressive behaviour, or anxiety, or generalised mental and physical bracing.   The response they have developed can be influenced by their breeding and natural disposition, but the issues have been created by humans – usually by mistakenly reinforcing the behaviour. This could be as simple as at one stage in his early career around humans a horse tried to shove a human out of the way, and the human allowed themselves to be shoved. Now, the humans behaviour may have been so crappy that the horse was well within his rights to shove him, but whatever, the horse learned humans are to be shoved.

A very common one is humans releasing on braces. We have all done this and continue to do this, as horses function at a level of subtleness that is beyond most of us. Nonetheless we can try our best not to. If our horse is ‘leaning’ on the rein or halter, and we release at this point, even a little bit, as opposed to waiting for him to go soft, then we have taught him to lean.

And what it can build up to is horses biting, and pushing and being highly anxious and physically uptight around humans. And then its my job to try to unpick what might hurt and where, and where they might be struggling with balance, or crookedness, or misunderstandings. And this is really clouded by the horse having learned to say NO in response to humans generally. How can we really read our horse if the details are clouded by an overall picture of anxiety, defensiveness or aggression?

In a functional context if my horse understands that he always goes forward from a very light leg aid, on the day he says NO I can believe that either he hurts, or that he knows the ground in front of us isn’t safe (totally possible where I ride). If on a daily basis he’s happy to stand to have his tack on without being tied up, then if he walks off I know something needs addressing. If he understands that he stands still on long reins to be mounted, then if he starts to shuffle about or move I will immediately know there is a problem of some sort.

So in order for your horse to truly be able to tell you NO (which he absolutely should be able to) you need a baseline of softness and agreement between the two of you. He needs to mostly understand to say Yes in order for him to clearly express the opposite. Which means its down to us to be someone that our horse wants to say yes to.